Phil collapsed while riding his bike on the Wednesday evening club ride. The emergency services made an amazing effort to save him and his wife was with him at the end. He was such a friendly fellow with a passion for cycling, beer and science. He was loved, respected and is sorely missed.

We will let you know details of his funeral when finalised by his family.

I am extremely sad, Phil was a true, genuine and kind friend. His endless enthousiasm for fitness training was infectious, we sweated and laughed a lot together through hard cicuit classes in Palmer park stadium. I once was called ‘Phil’s sister’, I feel I have lost a brother. “Phil tu seras toujours avec moi”

A Phil fond memory from one of Zoe’s parties. My son asked Phil what he did for a living. I make bombs was the response. That killed the conversation but a typical one liner from Phil. I can’t believe we are not going to witness his humour again

Tonight I experienced how amazing our emergency services are. They spent over an hour giving Phil CPR on a very cold and dark Pincents Hill. While they were doing that, the police contacted Jan and brought her and their son Paul to Pincents Hill, so they were with him when the doctors decided they could do no more. I expected to have at least another 20 years of friendship with 2 pint Phil. Wednesday evening rides will not be the same without him. We should have bloody walked it! Missing you already Phil.

RIP Phil. He died doing something he dearly loved,… the club & cycling. Thanks to JJ and all the club riders who were with him and his family in his last moments. God bless you all.

It was terrible to be part of and I am so proud of Jeanette in acting swiftly and calmly in calling the services and performing CPR to help him. I’d waited at the top of Pincents Lane to guide the tail end to the pub. Realising they were taking longer than expected I descended to find Jeanette and Ralph trying to help him. I took over CPR until the paramedics arrived. The number of people from the services trying their very best to help him was truly amazing to see, alas to no avail.

I was always contented leading a ride when Phil came along. Knowing he was, usually, somewhere near the tail of the ride looking after others and perhaps grumbling, again, about the pace, was strangely reassuring. I will miss his beer guidance, good worldly sense, outrage at the poor driving of some, and, most of all, his bonhomie. RIP my very good friend. We shall give you the best of send offs.

I met Phil 5 years ago when I came out for my first Wednesday night ride and immediately struck up a rapport. We usually cycled at a similar pace (no disrespect to Phil intended) so were inclined to be at the back of the ride which was great for me as I really enjoyed Phil’s company. Phil was always well kitted out with clothing, tools and technology to cover any occurrence, and would always offer to lock my bike to his when we reached our pub destination as my lock fell woefully short. As we lived at the same end of town, we would often cycle back together from rides until we parted for our respective home destination.

Phil was up for trying new things and it was lovely sharing a river swim this summer on a couple of occasions with him as part of the ‘Bluetits’ group.

I will miss Phil enormously, his passion for cycling, reflections on many a topic, and his advice on beer. Sorry Phil that I disappointed you with my lager or soft drink preferences, but some of your ale recommendations went down very well!

Thank you, Phil, for your kindness, humour and cycling support. We will all miss your friendship.

My sincere condolences to Jan, Becky and Paul

Hearing about Phil that night was shocking news.

I remember when Phil joined the club years ago. Always good to chat to and have a catch up. It was oddly comforting when Phil turned up on a ride as you knew the pace would be manageable. He was often at the back of the ride with me. 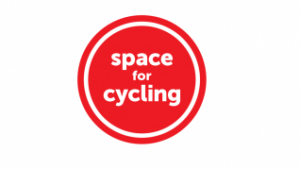